These guys are really sharp! A multicopter with minimum complexity (tricopter), light weight, fewest motors, able to carry a GoPro, and collapsible.

If you add waterproof to the list, and a few more autopilot functions, it would be an even more fearsome competitor in the world of drones. I love to see the innovation and collaboration that is going on right now in the Drone Industry. It is the first time when technology is so close to imagination. 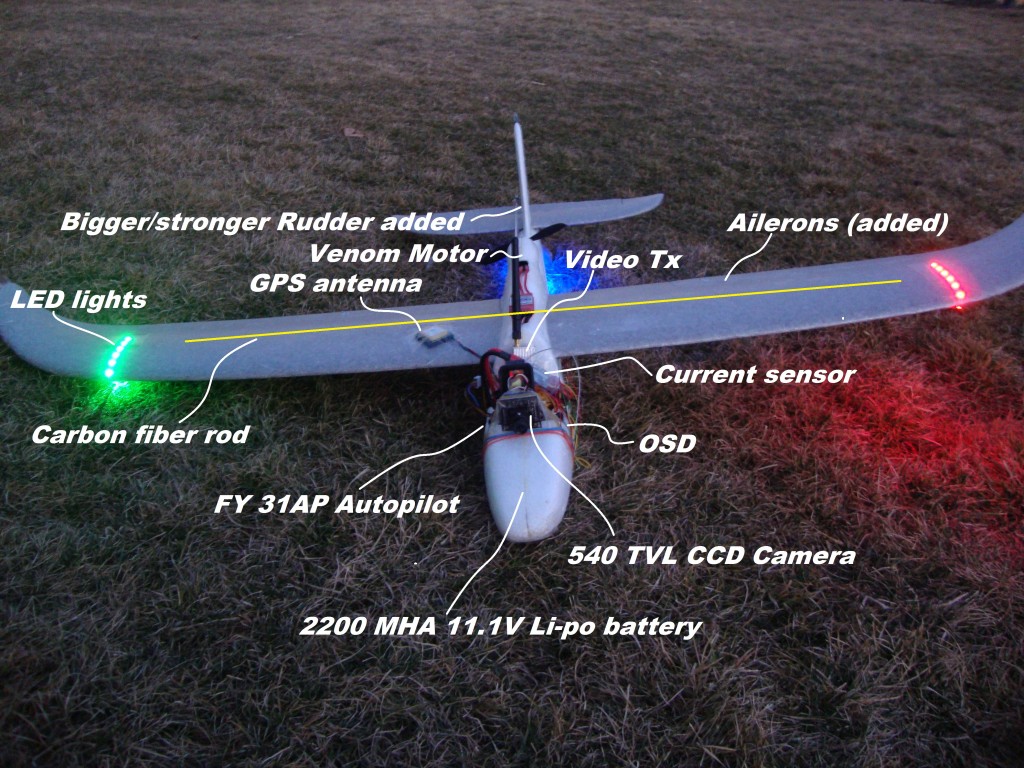 Find out more about the Drone pictured above here.

Characteristics of a Drone
There is no on-board pilot, and the aircraft can operate autonomously.

Use of Drones
Until recently drones have been associated with their military uses. Now many are recognizing the potential commercial and recreational benefits of drones. Aerial photography, home delivery, and a host of Scientific uses are now beginning to be realized.

What are the common elements of a Drone?

–       Quadrocopter is a Montana based company that sales, and teaches multicopter usage.

–      DiyDrones, I love these guys, if you want to do it yourself, this is where you should start.

–      RC explorer, David at RC explorer was my first inspiration. I really didn’t know where to begin, I had tried things like video cameras on RC planes that were aimed at handheld GPSs, very heavy, unreliable, and not very useful.  But after seeing some of David’s work (a really smart guy) I began to realize what I had dreamed about was possible.

Turning the virtual into a reality!